Home Videos My First Time Filming with the Drone 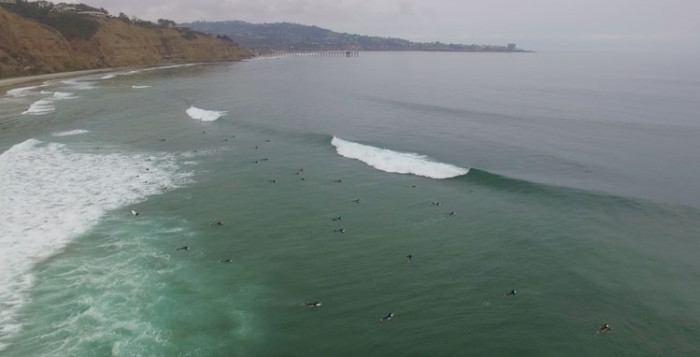 If you’ve been watching our videos on Youtube, you probably saw a few drone edits that we made.

My friend Tony would fly the drone and do the filming, and then I would edit the footage afterwards.

It was a great system, and I really appreciate his help. But sometimes our schedules just wouldn’t work out, and we couldn’t meet up to film when I wanted.

So I decided to get a drone myself, so I could be in full control.

I went with the DJI Phantom 3 Standard. $500 (plus $125 for each battery that lasts about 20 minutes) for this drone instead of $1500 for the Phantom 4. Maybe I’ll upgrade in the future, but I wanted to learn on something less expensive.

After a few test flights on the beach by my house, I packed it up (in the cardboard retail box haha) and took it to Black’s.

The swell was just building, so it wasn’t too crazy yet, but the waves looked fun and people were throwing down some moves. Someone even got a little barrel.

Not too shabby for my first time I don’t think, but it will get better. I was scared to fly too low, but I’m getting more comfortable with it. The camera doesn’t have a zoom function, so I just need to fly closer to the surfers.

And in case you didn’t see the previous videos that Tony helped with, here they are: