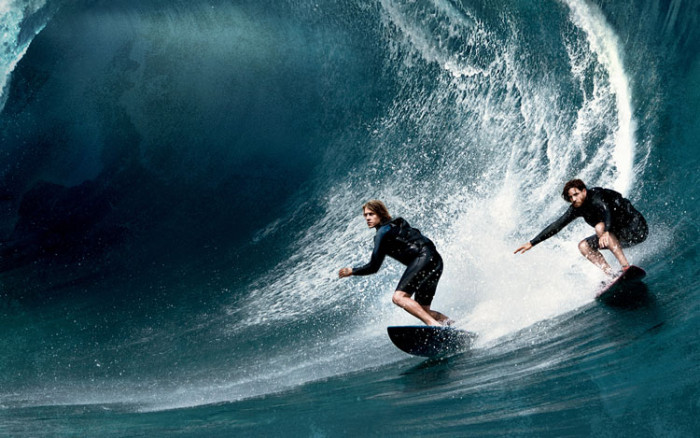 There has been a lot of hype building up to this movie, but a lot of people predicted disappointment.

That didn’t stop me from seeing it though. If you’re a surfer, you probably feel obligated to see the new Point Break, even if you know it’s going to be painful to watch. And if you thought Keanu’s acting was painful to watch in the original, you better set your expectations very, very low for this one.

And if you clicked through to Youtube, you would see 32k thumbs up and 12k thumbs down (at the time of writing). I don’t think I’ve ever seen such a bad “like” ratio for a movie trailer!

Sure they spent tons of money and got some of the best surfers to surf some of the best waves. But the surf scene was only a minute long! And it still somehow looked fake. I know it was real because of all the behind-the-scenes footage I’ve seen, but I think they tried to make the waves look even bigger or something, because it ended up looking just not quite right. The party concept was legit though! (I can’t give away too much, sorry)

I have to say the storyline was horrible. It was somewhat similar to the original Point Break, but I just couldn’t get into it.

That being said, the stunts were pretty epic. There’s a lot of different action sports scenes (surfing, snowboarding, wingsuit flying, free climbing, etc) and they did a great job with that stuff. They did a great job making you feel like you are in the action yourself.

Overall, it was a pretty cheesy movie with good action scenes. Not a surfing movie, and not much like the original Point Break.

If you want to watch a surfing movie, your best bet is John John’s View From a Blue Moon 😉