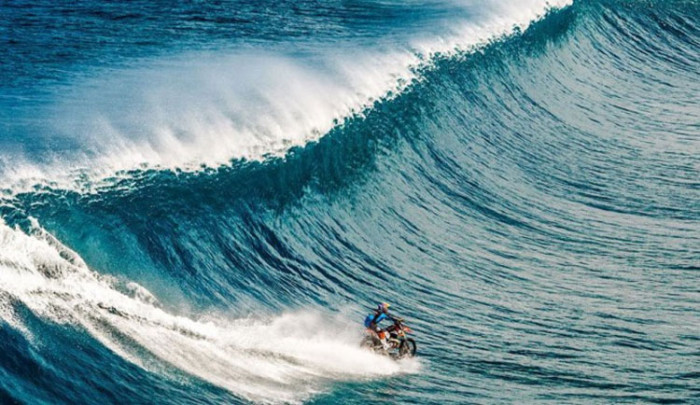 So the dirt bike used special tires, with little “paddles” around them, and there are some ski-like devices around the wheels. Combine those things with high speed, and you’ve got yourself a motorcycle that can ride on the water. Or maybe Robbie Maddison is really Jesus, who knows.

It’s definitely cool to see, but cringe worthy at the same time.

A loud obnoxious motorcycle is the opposite of what surfing is. I can’t imagine that the Tahitian locals were very happy about the stunt. But I also don’t think it’s going to become mainstream either, with a bunch of motorcycles in lineups across the globe.

So let’s just enjoy it for what it is 🙂