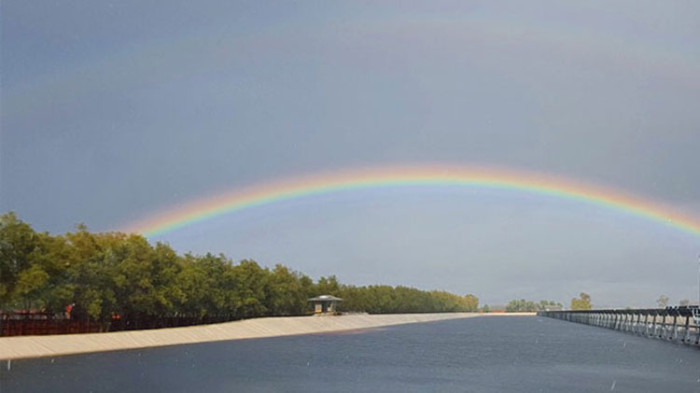 If you haven’t heard already, the WSL bought Kelly Slater Wave Company a couple days ago.

Bloomberg BusinessWeek, Men’s Journal, and TODAY all ran extensive stories about this news, along with numerous other media outlets.

Normally mainstream media doesn’t pay much attention to the surf community, unless you get attacked by a shark.

But this new technology could revolutionize the future of surfing.

Clearly it looks like there will be a WSL event at a wave pool, who knows how soon though. And then of course there’s been plenty of push to get surfing in the 2020 Olympics.

With Kelly and the WSL’s powers combined, it’s bound to happen! So what does this mean for surfers?

Plenty of questions, but only time will have the answers. It’s exciting to watch it all unfold, that’s for sure!

You won’t be able to surf Kelly’s wave anytime soon, but here are some videos to help you daydream:

“It’s a freak of technology”

Nat Young gets pitted, so pitted

“Probably the longest barrel of my life”

“I’m pretty caught up in just the moment.”

“Who wants to get out of this barrel!?”

And here’s the drone view of that wave:

“It’s mind blowing … nothing compares to this.”